We have been busy making many young families in the Terra Linda area of San Rafael feel a heightened state of Safety and Security.

With the current housing market, many of the Eichler Homes built in the 50s and 60s are being sold to young couples with growing families. The Eichler Homes were a unique type of single-story house with huge windows surrounding an inner court yard. The problem with these houses is that the windows are mostly annealed glass which is very dangerous when it breaks. The parents, with their small children running around, have felt very uneasy about the possibility of someone running into and breaking the glass. 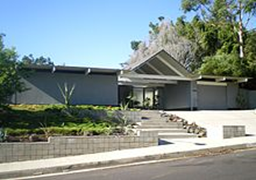 We have been soothing their fears by applying a clear safety film coating to the inside of the glass. This coating is pretty much completely invisible but it forms a strong inner membrane on the glass so if something causes it to break it will still hold together and not be so dangerous. At the same time the film eliminates almost all of the U.V. light. Films in general make windows much safer in the instance of an earthquake or other disaster.

Safety/Security Films can also help to prevent smash-and-grab robberies and can be used to deter glass damage from graffiti on residential or commercial windows. 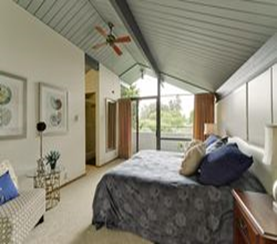